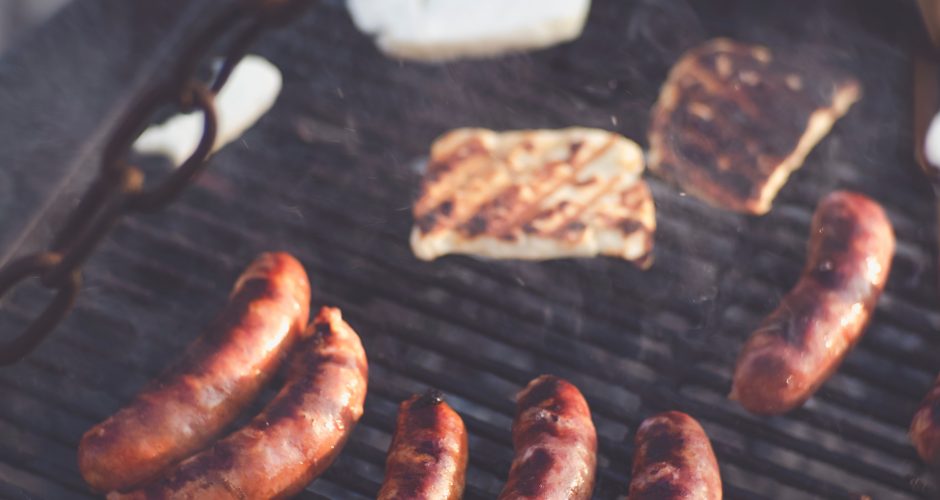 Binta sat cross-legged at Uche’s feet, head bent, cringing from the pain she’d been enduring for so long.

“Relaxers were created for a reason, Ummi.”

Uche let out a sinister laugh. She enjoyed teasing her friend about her coarse hair. Virgin hair she called it. Almost everyone was now ‘training’ this kind of hair. She was somewhat envious of Binta’s hair but she would never show it. She wanted it for herself. All of it. At least some part of her would still be virgin. She frowned as she tugged at a tight braid.

“Which one of them?,” she replied, jokingly.

“Stop feigning ignorance. I’m talking about Tanko.” She tugged at another braid.

“You’re really going to marry him?”

Binta was now facing her, pressing down a spot on her scalp to ease the pain.

“We’ve been through this already. Yes, Uchenna Adigwe,” she said in her best English accent. “I will marry Alhaji Tanko Siddiqu Usman.”

Uche let out a sigh of disapproval. She couldn’t imagine Binta with that man. That good-for-nothing, rich, handsome, affluent, loyal man. That man that told her he didn’t want to see her anymore because he wanted to be faithful to his new wife. To Ummi. To Binta. This goody-two-shoes Binta.
She had always wanted to be Binta for as long as she could remember. She’d loved Tanko for a long time too but deep down, she knew she would never really be with him as theirs was an undercover affair. She often wondered what her father would do if he found out about Tanko. Mazi would have her head on one of the spikes that decorated the gate to their family house on Sardauna Crescent. He was a no-nonsense man and he considered all relationships as nonsense except they were with people from his umunna; his faith; his clan. He outrightly disapproved of Binta and their friendship. He’d come up with a million reasons why she should not be unequally yoked with unbelievers.

She sighed again and braided the last patch of Binta’s hair. She stood up to flap her dress and curls of broken hair fell to the floor. Her back arched and she yawned, inhaling the rose incense that had saturated Binta’s room.

Her phone beeped. A smile ran across her face.

“It’s only a joke. You’re too serious abeg.”

Suya University was only this crowded on Friday evenings and during Eid. The place was teeming with impatient people demanding to be fed. It was obvious that they didn’t expect so many people to come in that evening.

Chacha, the owner’s nephew was seen running around, calming customers down. A real hospitable lad, Uche thought. She also thought about other things – when she was going to transfer her faded MTN SIM card into the iPhone X she was expecting that evening, how long she’d have to stay at the hotel to pay in kind for the new phone. She was too excited to worry about that bit. She was ready for anything. She’d been ready all her life.

“Madam, flease wait sumall. This oga come before you.”

She was trying to shunt the queue to place an order – a jumbotron beefagon – Suya University’s tastiest package. She didn’t carry ‘vex money.’ Tanko would take care of it. He sounded excited to be meeting up in the text.

‘Lover! Gotten that new phone yet? I hope not. I got you one in your favorite colour – red! Peace offering. Let’s meet at SU in an hour.’

She was next in line when she sighted Tanko. His physique gave him up from a mile away. His t-shirt held his body in places she wanted to hold him. He was looking around, probably for her. She waved her hands and opened her mouth to call his attention when she spotted a familiar face walking towards him – Binta. It was already too late. He had seen her abrupt wave. They were now walking in her direction. She couldn’t run from them so she turned to place her order.

“Sa’eed. Ya kasuwa? Give me the usual.”
She swallowed the lump that had formed in her throat as she stepped aside for the next customer.

“Hello.” She tried to be as neutral as possible. She usually greeted him with zaki na and a hug. She composed herself.

Binta took a step closer, forcing Uche to step backward. She could feel the heat from the large barbeque stand from where she now stood.

Tanko was lost. “You know each other?”

The silence that followed said a million things only Uche and Binta could hear but it was broken when Chacha announced that her order was ready. Her appetite was in Zamfara by now.

“Ka bari. I’m not hungry anymore,” she said to the young man.

She was not listening to Chacha. She hadn’t heard when he started hurling insults in Hausa. She hadn’t heard when Tanko agreed to pay him as was the original plan. She hadn’t even seen when he slowly carted the suya away for himself after receiving three mint one thousand naira notes. She only heard when Binta announced the reasons for the annulment of their friendship in public to the approval of the small crowd that had gathered. This place was the last place on earth anyone would want to be casted in; the whole town would know your asiri before sunrise.

Binta took one last look at her and walked away and so she stood next to the fire, cold but roasted.

..like the akara I ate on Saturday evening. KMT.

Funny and serious at the same time
Love it
#Anonymous